While I was in Wellington as part of the excellent AI panel put together by WREDA, I caught up with Tim Rastall who recently left NEC to start his own consulting firm. Tim gave me some insight into the interesting AI work NEC have been doing in New Zealand. NEC is the Japanese tech giant best known for their IT services and products. One of the core focuses for NEC’s New Zealand arm is on smart cities technologies.

Car counting was the first project Tim discussed. This was a very early project at a time when there were limited tools available. The project used machine vision to count vehicles in a stream of traffic. One of the problems they had with these early models is that they were trained in cities with more smog that Wellington.  The crisp NZ light would create shadows that would confuse the model. This combined with different viewing angles than the model was trained with meant, out of the box, the accuracy was not as high as hoped for. There are now a few third part solutions that do a reasonable job of car counting. What they really learned from the project was that the market wanted vehicle categorisation solutions but using surveillance cameras/analytics presented a raft of technical and practical issues. This led them developing a road based sensor that provides much higher accuracy and reliability and is about to be deployed for some field trials in Wellington.

One of NEC’s higher profile projects was the Safe City Living Lab. This is a research project that includes microphones and cameras placed around the city that can detect events such breaking glass, screaming, beggars, or fighting. The idea being that if an event is detected then an agency could be alerted. There were concerns around privacy but these were addressed to the satisfaction of the Office of the Privacy Commissioner. Tim also shared that they worked hard to remove bias from the models.

NEC also worked with Victoria university to build a model to identify birds from audio recordings. Researcher Victor Anton collected tens of thousands of hours of recordings. The idea was to use deep learning to automatically identify which birds have been recorded. Like a lot of deep learning tasks, the biggest problem was to get a good data set to train from. This involved having people listen to audio recordings and identify which if any birds were in the clip. This is difficult because a lot of the recordings contain other sounds: trees rustling in the wind, other animals or other urban sounds like door bells. So, the first tool they built was a model to identify whether a particular clip contained a bird song or not, that would then make the tagging task easier. From the sounds of it (no pun intended), this is not solved yet for sensors that had novel environmental noise. For those sensors they created good training data they could categorise discreet species very well. Listen to a Radio NZ interview with Victor and Tim about the birdsong AI project for more information.

This research is related the Cacophony project that was inspired by the idea that measuring the volume of bird song would be a way of measuring the impact of predator control. Cacophony pivoted and are now creating an AI powered predator killing machine. 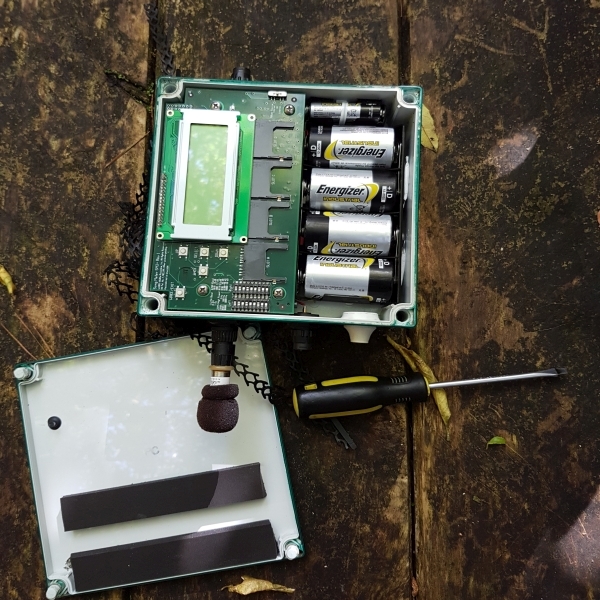 NEC’s current focus is aggregating city data from various sources and making it easily accessible. This includes powerful visualisation tools that allow the data be overlaid on a map and viewed in 3D, either on a screen or in VR. This makes it easier to understand and helps people make decisions with the data more efficiently. While this isn’t directly related to AI, having the data accessible makes it much easier for people to use in AI applications. 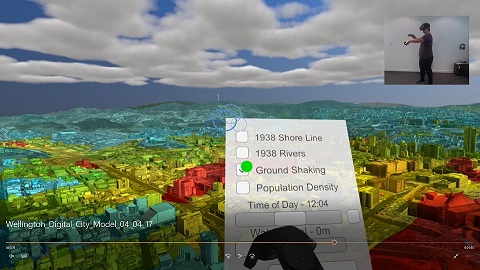 In summary, NEC New Zealand has worked on many interesting smart city projects using deep learning and data visualisation. They have a sizeable team that is growing in experience. I’m interested to see what they come up with next.

Meanwhile Tim has left NEC to work on a gaming start up and do some consulting around artificial intelligence, augmented and virtual reality, and Internet of Things. I’m sure he’ll do well.