There are a couple of articles I’ve read recently that have gelled with my own about the limits of deep learning. Deep learning simply refers to multi layered neural networks, that typically learn using back-propagation to train. These networks are very good at pattern recognition, and are behind most recent advances in artificial intelligence.  However, despite the amazing things they are capable of, I think it’s important to realize that these networks don’t have any understanding of what they’re looking at or listening to. 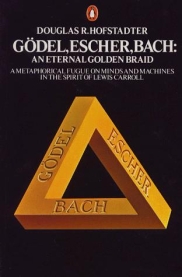 The first article was by Douglas Hofstadter, a professor of cognitive science and author of Gödel, Escher, Bach. I read that book many years ago and remember getting a little lost. However, his recent article titled The Shallowness of Google Translate clearly demonstrates how  the deep learning powered Google Translate successfully translates the words, but often fails to translate the meaning. Douglas believes that one day machines may be able to do this but they’ll need to be filled with ideas, images, memories and experiences, rather than sophisticated word clustering algorithms.

The second article by Jason Pontin at Wired discusses the Downsides of Deep Learning:

Jason argues that for artificial intelligence to progress we need something beyond deep learning. There are many others saying the same types of things. I’ve recommend watching MIT’s recent lectures on Artificial General Intelligence that covers this as well.

One thought on “The limits of deep learning”